A partcipative economic simulation designed and developed by Francis Tseng and Fei Liu as a part of the DBRS Labs residency.

HOSNY is an initial exploration into accessible and narrative economic simulation, inspired by projects such as Cybersyn and Dwarf Fortress and early attempts to answer Frederic Jameson's call in Postmodernism for "a situational representation on the part of the individual subject to that vaster and properly unrepresentable totality which is the ensemble of society's structures as a whole" and Nick Srineck's similar sentiment in his Accelerationism - Epistemic, Economic, Political essay (emphasis added):

So this is one thing that can help out in the current conjuncture: economic models which adopt the programme of epistemic accelerationism, which reduce the complexity of the world into aesthetic representations, which offer pragmatic purchase on manipulating the world, and which are all oriented toward the political accelerationist goals of building and expanding rational freedom. These can provide both navigational tools for the current world, and representational tools for a future world.

We generated "plausible" simulated citizens from a model learned from New York City American Community Survey (ACS) data spanning 2005-2014 (see below for specific data sources). Using agent-based simulation, citizens go about their days, starting businesses (if they can afford it) or working (if they can get hired), and try to live as satisfying a life as possible.

Their activity is reflected through a 3D city which ebbs according to the businesses that form the economy. Weaving through the city are avatars of the citizens, coded according to race and socioeconomic status so that the structure of the economy is laid bare.

Parameters for the simulation are, where possible, derived from data. For example, a citizen's success at finding a job is based on the ACS data, so structural inequality is captured by the simulation.

Other parameters are defined by the players which allow them to play in worlds alternate to our own. They can, for instance, see what happens in a society where a blight has wiped out most agriculture or a society where high levels of automation are present. 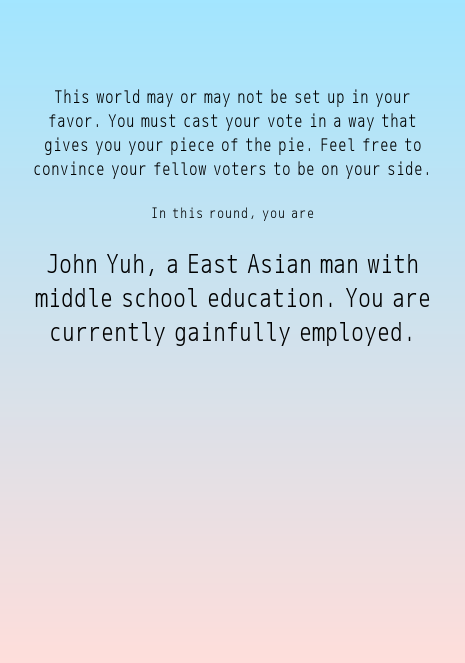 Players are randomly assigned a citizen and can periodically propose and vote on new legislation to affect the outcome of the city. Their "success" is conveyed through a variety of indices displayed behind the city. 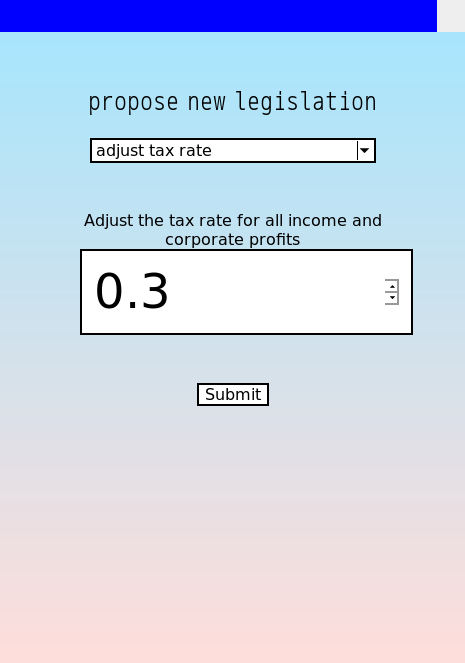 This graphic provides an overview of how we designed the simulation components. 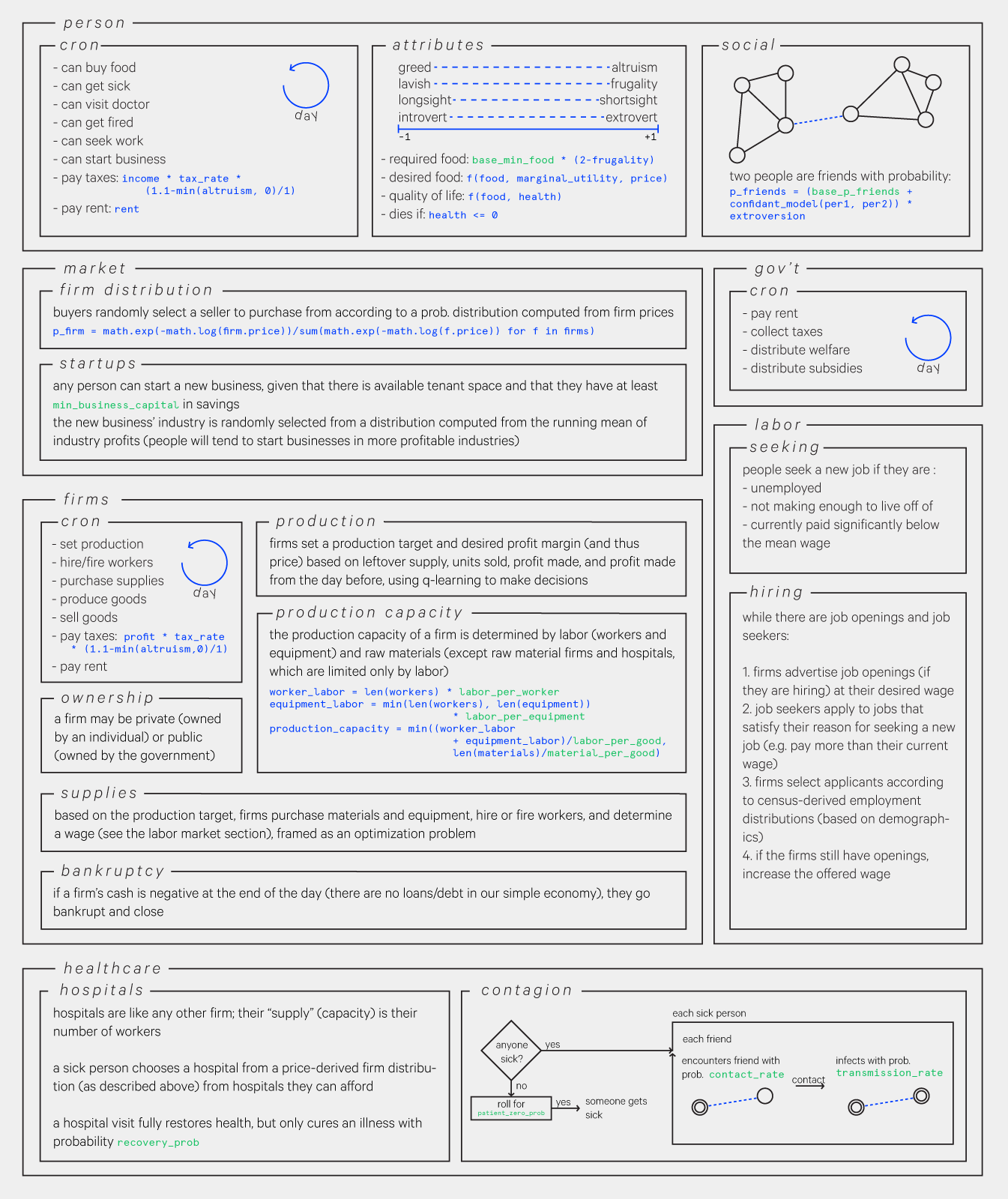 Update 12/17/2020: Watch Dogs: Legion uses a similar system to generate the backgrounds of the playable characters throughout their virtual London (much nicer and more sophisticated, of course!)